You may be surprised to hear this, but the big Wall Street firms don’t make most of their money from the stock market.

When most people think of big trading firms and brokerage houses, they think of the stock market. And rightly so… ever since the New York Stock Exchange was officially founded in 1817, the image of men shouting over each other to buy and sell blocks of stock has been embedded in the American psyche.

According to World Bank, all the stocks in the world are worth about $61 trillion.

That’s a big number. But the truth is there’s an even bigger market out there.

According to some estimates, it could be worth as much as $200 trillion.

I’m talking about derivatives — one of the most misunderstood markets in the world of finance.

Derivatives have grown exponentially since the Securities and Exchange Commission deregulated them in the 1990s. And unlike most stocks and bonds, which tend to be “boring” and relatively stable, this market allows investors to make bets on the outcome of certain asset prices.


How To Bet With The House…

Before you dismiss what I’m saying offhand, bear with me. It’s essential to understand what derivatives are, how they work — and, more importantly, how they can work in your favor.

While derivatives might sound complicated, they’re really quite simple. A derivative’s value is determined by the performance of an underlying asset. That’s it. Whether it’s a stock, bond or commodity, buying a derivative is like betting on the price movement of an asset. How much the bet costs and how much it could be worth depends on the conditions set out in the bet.


So while derivatives might come with fancy names like “swaps,” “options,” and “futures,” in reality, they are often used like lottery tickets by speculators. Their winnings depend on whether or not they correctly guessed the direction of the asset price’s movement. 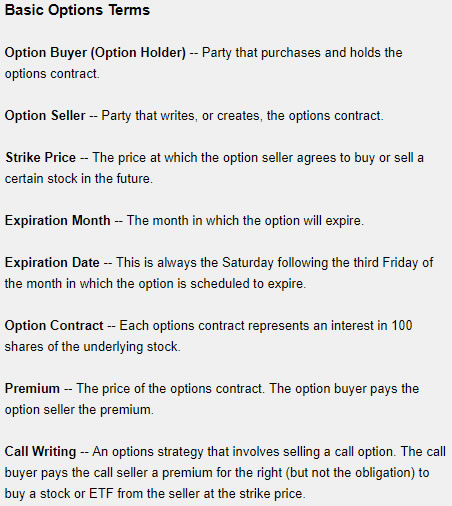 Options are a type of derivative. And you wouldn’t believe the kinds of insane bets you’ll see traders make in this market. In some cases, you might see traders betting tens of thousands of dollars that a stock like Apple or Google will trade 20% higher than where it is now in two months.


If they’re right, those bets could be worth millions of dollars. But odds are they’ll be wrong. While not impossible, it’s highly doubtful that two blue-chip stocks with trillion-dollar market caps will make a 20%-plus move in two months.

The far more likely scenario is that the securities those investors bought will expire worthless, and the money they spent to make these bets will go straight into someone else’s pockets. This process happens every day, and it’s one of the primary methods big trading firms use to extract huge profits from some of the most aggressive traders on the market.


But the best part about this market is that it’s open to everybody. You don’t have to be a multi-million-dollar hedge fund manager or a Wall Street guru to take advantage of it. You only need a brokerage account and a few thousand dollars to start.

One Of The Best Ways To Sell Options

Now, I want to be perfectly clear. We don’t recommend you make these speculative bets yourself. As I mentioned, most traders who buy options are aggressive traders making low-percentage bets, hoping to earn huge profits.

Instead, it’s far better to be on the other side of the trade. That way, you’re betting with the house and not against it.


That is why I prefer to sell options instead of buying them.

Again, don’t let the fact that I’m talking about options fool you… When done properly, selling options is one of the easiest, most conservative methods of earning extra income.


One of my favorite ways to sell options is by writing covered call options.

A covered call strategy involves selling call options on shares you already own. In exchange for selling the options, you receive cash upfront, known as a premium. These premiums can range from a few hundred dollars to thousands, depending on the size of your investment.

In exchange for paying the premium, the buyer now has the option to buy that stock from you. But it has to be for a specific price, known as the strike price — and it can only be for a limited time, as defined in the option contract.

There’s a lot more to say about this strategy. But selling covered calls is as close as you’ll get to a “win-win” in investing. It’s almost like “skimming” from Wall Street speculators. It’s all perfectly above board, and it’s a viable way to earn a lot of income, safely and consistently.

That’s why it’s one of the strategies my colleague Robert Rapier uses over in his trading advisory, Rapier’s Income Accelerator.

Using strategies like this, Robert and his followers practically print “cash on command” every time they make a trade. The result is around $668 in extra weekly income — and 3 to 20 times what normal dividend yields offer.