The Las Vegas Strip has long been known for its music residencies dating back to the 1940's. The tradition of the Strip hosting big name musical acts has continued through the years and the current list of music residencies includes both recent stars as well members of the Rock & Roll Hall of Fame.

In addition to musical acts, top comedians have performed residencies and headlined on the Strip also since the 1940's, including late comic legends Jimmy Durante, Jack Benny, Jackie Mason and Milton Berle. Many other popular comedians like Don Rickles, Woody Allen and Steve Martin made their first appearances on the Strip, dating back to the 1960's and 1970's.

Jimmy Kimmel's Comedy Club at the Linq Promenade is reopening with Gina Brillon as the headliner at the Nov. 6, 7 p.m., opening, while Luenell will take the stage as headliner for the Nov. 6, 9:30 show.

Comic Residencies on the Strip


Comic residencies have also been popular on the Strip. Stand-up comedian Carrot Top has been performing in Las Vegas since 1989 and currently performs his residency at the Luxor. Legendary comedian and impressionist Rich Little began appearing on the Strip back in the 1960s and has never stop performing. Little currently has a long-term residency running at the Laugh Factory at the Tropicana on Thursdays through Sundays at 6:30 p.m., from Oct. 20 through Dec. 31. Ticketmaster doesn't list any Rich Little shows yet for 2023, but you can be sure that if he's healthy, he'll be performing on the Strip.


The Laugh Factory presents other comedian sets at its 8:30 p.m. and 10:30 p.m. shows on the days Rich Little performs, as well as Mondays through Wednesdays. 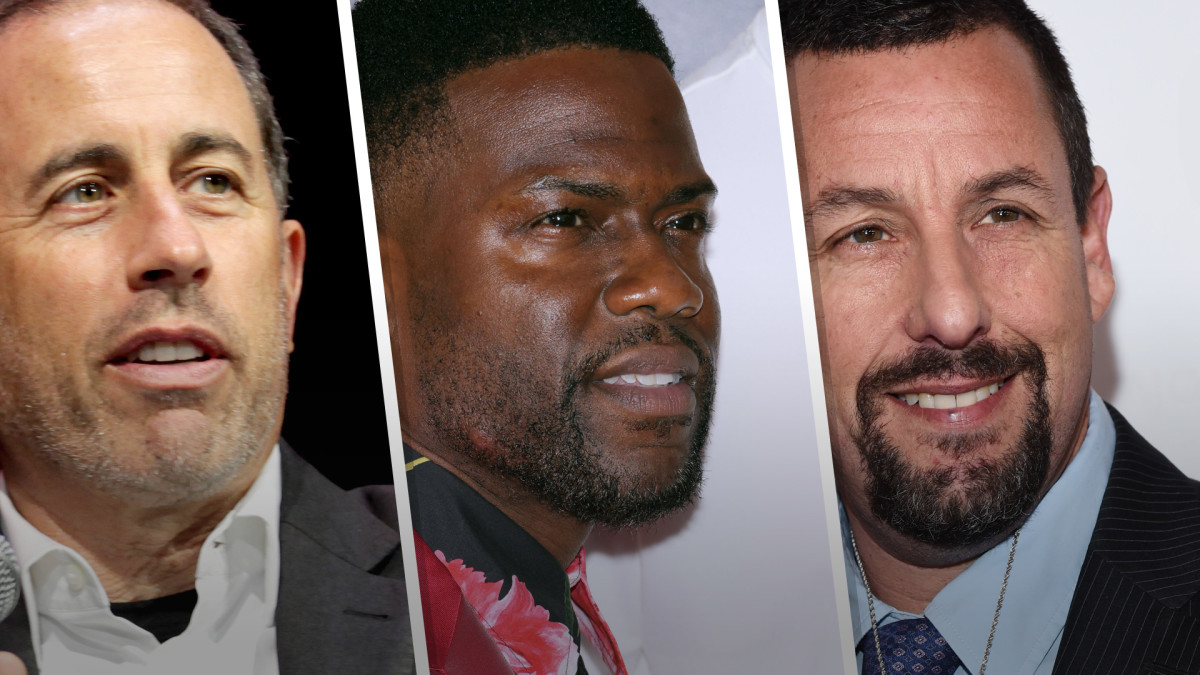 Big Comedians Coming to The Strip

Despite an abundance of comedy already booked for the Strip, Las Vegas is preparing for a stampede of huge comedians to hit the stages on the strip beginning with film star and stand-up comedian Kevin Hart coming to the Theatre at Resorts World Nov. 18-19 for a live special filming of his Reality Check show. Hart will return for holiday performances on his Reality Check tour on Dec. 31 and Jan. 1 for his New Year's Eve experience, according to the Resorts World website.

A big warning comes with a ticket purchase, as Hart's shows will be a phone-free experience. Use of phones will not be permitted in the performance space, and phones will be secured in individual Yondr pouches that may be opened at the end of the performance. Anyone seen using a device during the performance will be escorted out of the venue by security.

Next, comedic film star and NBC “Saturday Night Live” alum Adam Sandler brings his act to The Chelsea at the Cosmopolitan for two shows Dec. 9-10.