Predictably, they just made things worse. And the media didn’t help, often characterizing the provision as a “crackdown” on crypto users. 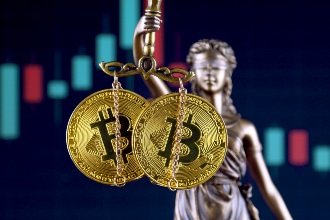 For crypto investors, all the noise over crypto taxation had to be concerning.

First, let’s go over what happened. Then we’ll explain what it means for you.

The poorly worded provision was intended to capture lost tax revenue by making sure that crypto “brokers” reported their activity to the Internal Revenue Service (IRS). But it was written too broadly. It could be interpreted to include not just exchanges, but miners, stakers, validators, and even software developers.

The crypto community freaked out. Many major crypto personalities, including the CEOs of several crypto companies, spoke out against the provision. On Twitter, crypto influencers urged people to call their senators.


At the same time, crypto-friendly legislators tried to mitigate the damage by offering an amendment that would have narrowed the definition of “brokers.” No longer would the miners and other similar groups be included – just crypto businesses with customers, which matched the intent of the provision.

Just when it looked like the amendment would get approved, Sen. Richard Shelby (R-AL) threw a wrench into the works. Shelby wanted to tack on an amendment that would boost military spending by $50 billion. Sen. Bernie Sanders (I-VT) blocked it. Then Shelby blocked a second attempt to approve the crypto amendment, apparently out of spite (Sen. Shelby later tweeted that he actually supported the amendment.)


Now the bill has moved back over to the House, where there’s a chance the broker definition will get amended. Or not. This is Congress, after all.

So the original language could well become law.

But while many in the crypto community have been up in arms over this, I don’t think it’s the crisis many have made it out to be. In particular, I don’t think the average crypto investor has much to worry about.

What the Crypto Tax Regulation Means for You

First of all, despite some sloppy reporting that has implied the crypto provision is some sort of new tax, it isn’t. The $28 billion in additional revenue theoretically would come from a higher degree of compliance with existing tax laws.


The “new” part is an expansion of which entities need to report their customers’ crypto losses and gains to the IRS. And if you’re just an investor, that isn’t you.

Investors have always been required to report any gains to the IRS. The sticking point there is that almost any crypto transaction counts as a taxable event. That includes the spending of cryptocurrencies. That’s a separate issue that needs to be fixed, as I have been saying for years.

Still, that doesn’t mean that the new crypto tax regulation won’t have any impact on investors.


In fact, it could have at least one clear benefit. If the rule requires the exchanges and the crypto companies that pay interest to issue a 1099 form to customers, as brokerages do, it will be a tremendous help to investors trying to figure their crypto taxes.

But if the rule is applied to cryptocurrency businesses involved in transactions but who don’t have visibility into those transactions – the miners, stakers, validators, and software developers – the fallout will affect everyone involved with crypto.

It’s impossible for such businesses to collect the data the IRS requires because they have no way to collect it. Crypto advocates fear this Catch-22 will force a mass exodus of these businesses out of the United States.


That would roil the crypto markets and make it much harder for the U.S. to participate in (and benefit from) the dramatic changes crypto is bringing to the world of finance. Obviously, both would be bad for investors.

That said, I think the concerns are overblown.

Why It’s Too Soon to Panic

Despite the fireworks and hand-wringing, the new crypto tax provision will not be a catastrophe – even if it becomes law.

I can’t be the only one that thinks so. Crypto trading remained remarkably subdued over the days this political theater was playing out. You would have expected at least a mini-crash if traders were feeling anxious about the future of crypto in the United States.


The fact is, we have several mitigating factors here.

First, as I noted above, the crypto provision could get fixed on the House side. That would be best.

But if the existing language becomes law, it’s still not game over. The IRS will have the final say on how the provision is interpreted. That process includes public commentary. And the IRS will make an effort to discern the intent of the lawmakers, many of whom said they supported the “fix” to the provision.

“[The IRS and Treasury] are going to take into account not just the legislative language, but legislative history,” Rochelle Hodes, Principal, Washington National Tax at the consulting firm Crowe LLP, told Coindesk. “A statement from one of the sponsors of the provision on the floor of Congress that gets into the congressional record, that is fairly persuasive legislative history.”


Any final rule is unlikely before 2023. So there will be plenty of opportunities to get this right.

I just don’t see the IRS implementing a rule that makes no sense and has a boatload of bad unintended consequences. And from a practical point of view, adopting a very broad interpretation of “brokers” ultimately won’t help bring in more revenue. There’s just no reason to do it.

Washington Has Failed on Crypto Regulation


As the crypto ecosystem has grown over the past few years, regulators have done very little. Even at this late date, the U.S. Securities and Exchange Commission (SEC) and Commodities Futures Trading Commission (CFTC) are still bickering over who has jurisdiction over digital assets.

One reason we’ve seen these kinds of turf battles is that crypto has characteristics of multiple financial instruments. It can be a currency. It can be a commodity. It can be a security. And in recent years we’ve seen options and futures based on digital assets.


While regulators continue to study cryptocurrencies, they’ve mostly wasted the years when they should have been setting down rules. The bigger crypto gets, and the more it expands into all corners of finance, the more problematic this becomes.

That one small tax provision in one bill set off such a firestorm shows how desperately the U.S. needs real clarity on crypto regulation.

Making matters worse is the turf war between the regulators. And the SEC and CFTC are just two of many. Other interested parties include the Office of the Comptroller of the Currency, the U.S. Federal Reserve, the U.S. Treasury, and the Financial Industry Regulatory Authority (FINRA).


That’s too many cooks.

To resolve the overlapping jurisdictions and unusual nature of crypto – it truly is a new type of asset – Congress needs to create a totally new regulatory agency just to deal with digital assets.

I would call it something like the Digital Asset Regulatory Commission. It would have sole jurisdiction over crypto, but would of course coordinate with other regulators. Hopefully such a dedicated agency would provide the proper guardrails to protect consumers while fostering innovation.

While crypto’s libertarian wing will hate it, regulation will greatly reduce uncertainty in the space. And that will give a much larger group of investors – both retail and institutional – the confidence to allocate more money to digital assets.

Investors who snagged $1K worth of Ethereum five years ago would have nearly $1,500,000 today.

But ETH is just one of many – these even smaller coins share the same DNA structures as coins like Ethereum: Coin no. 1 is up nearly 40% in the last 24 hours.

Go here for all three.


Join the conversation. Click here to jump to comments…

David Zeiler, Associate Editor for Money Morning at Money Map Press, has been a journalist for more than 35 years, including 18 spent at The Baltimore Sun. He has worked as a writer, editor, and page designer at different times in his career. He’s interviewed a number of well-known personalities – ranging from punk rock icon Joey Ramone to Apple Inc. co-founder Steve Wozniak.

Over the course of his journalistic career, Dave has covered many diverse subjects. Since arriving at Money Morning in 2011, he has focused primarily on technology. He’s an expert on both Apple and cryptocurrencies. He started writing about Apple for The Sun in the mid-1990s, and had an Apple blog on The Sun’s web site from 2007-2009. Dave’s been writing about Bitcoin since 2011 – long before most people had even heard of it. He even mined it for a short time.

Dave has a BA in English and Mass Communications from Loyola University Maryland.