Recently, the company announced plans to begin testing autonomous vehicles in Moscow. This is a testament to the above-mentioned fact.

The company will s


Everyone seems to be pounding the table for Cloudflare (NYSE:NET) right now, even as the NET stock valuation rises to some 60 times expected revenue.

Cloudflare entered for trade on Aug. 26 at about $123. That’s a market cap of around $39 billion. According to Seeking Alpha, it has a forward price-sales (P/S) ratio of 60.92 times today. Yet people who know their stuff are still telling you to buy this name. Why is that?


Here’s what you should do with NET stock moving forward.

NET Stock: What Cloudflare Does

Cloudflare was founded in 2009 in an effort to track spam emails. Its name comes from the founders’ initial goal to form “a firewall in the cloud.” Now, the company says its current Cloudflare One is a “network as a service” that assures both speed and security.

As the need for security has grown, Cloudflare’s revenues have also climbed. In 2019, revenues were $287 million. In 2020, they came to $431 million. However, losses have also grown — albeit at a slower pace — from $106 million in 2019 to $119 million in 2020. Basically, fast-growing tech companies like this one invest ahead of growth, eliminating losses as they mature.


What analysts like about NET stock is its continued innovation. For example, the company’s Project Pangea is designed to deliver faster Internet access in underserved areas. Cloudflare is also moving its data centers toward using 100% renewable energy. Finally, the company is moving toward FedRAMP authorization as well, allowing it to be built into U.S. government networks.

But that’s not all. Cloudflare’s network also becomes more secure as it grows. Early this summer, the company mitigated a denial-of-service (DDoS) attack that sent out 17.2 million requests per second. CEO Matthew Prince called it “just another day at the office.”


However, when Cloudflare’s network goes down (as it did briefly last July due to an internal bug), it can take thousands of major sites down with it. That heavily publicized 2020 outage went on for some 25 minutes.

While Cloudflare is becoming essential for its customers, it’s also dependent on clouds to operate. To that end, CEO Matthew Prince recently criticized Amazon’s (NASDAQ:AMZN) cloud bandwidth pricing. That soon became a story because the company serves many AWS customers — and because it brought proof of the charges.


This is why InvestorPlace’s Louis Navillier continues to pound the table for Cloudflare, even at its current price.

Ransomware events like the Colonial Pipeline attack even act as advertisements for this company’s services. Since that cyberattack on May 7, shares in NET stock are up 72%. That’s against a 6% gain in the broader market.

I’ve written positively about Cloudflare myself, noting that the bleeding edge is where the big money gets made. Of the 12 analysts following Cloudflare tracked by Tipranks, nine now call it a buy.


The Bottom Line on NET Stock

Rather than fighting security battles one-by-one, Cloudflare acts to secure networks by default. This makes it essential for any scaled enterprise.

This also makes it essential for any scaled tech portfolio. The ARK Innovation Fund (NYSEARCA:ARKK) currently has 1.06% of its assets in NET stock. That said, the fund is actively traded and has also been selling shares in recent months during its run-up.

Because NET stock is so expensive, it does go down. February and May both saw notable downturns in the Cloudflare price. Those are the times to load up. When tech stocks are seen as overvalued, they’re really undervalued. And despite your fear of missing out, or FOMO, those times will come again.

When they do, buy NET stock with both hands.

On the date of publication, Dana Blankenhorn held long positions in AMZN. The opinions expressed in this article are those of the writer, subject to the InvestorPlace.com Publishing Guidelines.

Dana Blankenhorn has been a financial journalist since 1978. His latest book is Technology’s Big Bang: Yesterday, Today and Tomorrow with Moore’s Law, essays on technology available at the Amazon Kindle store. Follow him on Twitter at @danablankenhorn. 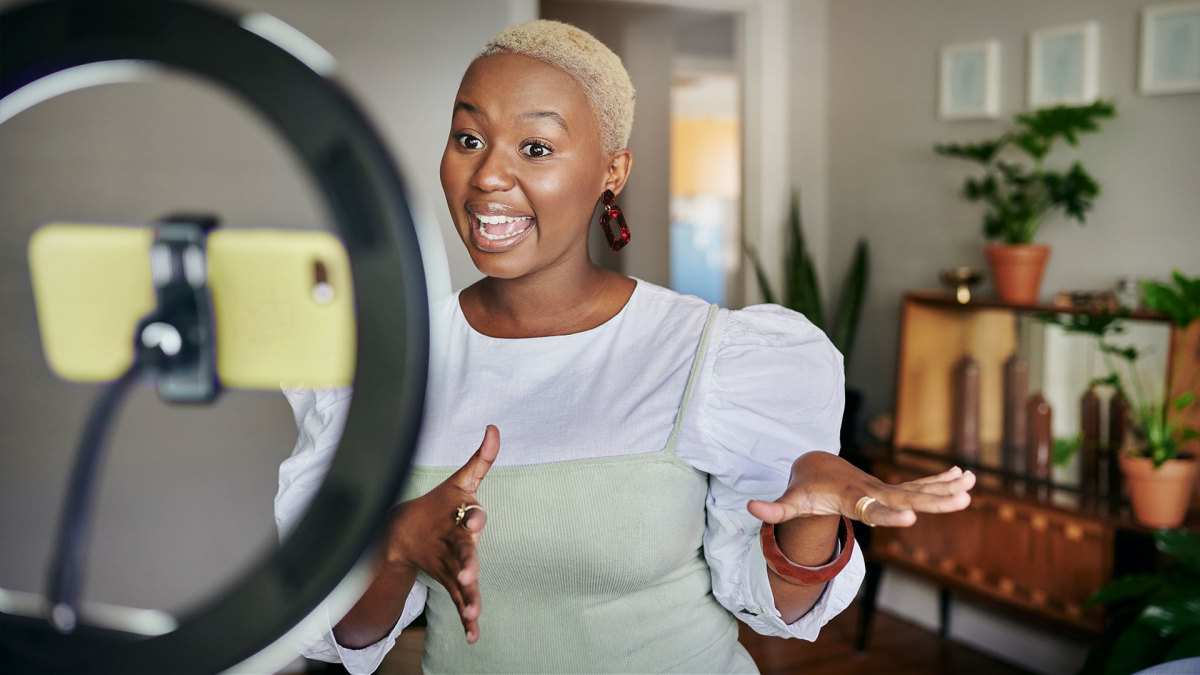 Last week, I talked about a couple of companies I think everyone should buy today and let run for at least a year.

And with my paid subscribers, we talk about stocks to trade for just a couple of hours or days.

I'd like to keep that conversation going, so I will, b

Amazon  (AMZN) - Get Amazon.com, Inc. Report is reportedly prepping to launch its own TV. Given Amazon’s position in the streaming world — through its Prime Video service and Fire TV products — it has an obvious negative implication for Roku  (ROKU) - Ge

Recently, the company announced plans to begin testing autonomous vehicles in Moscow. This is a testament to the above-mentioned fact.

The company will s