Broadcom  (AVGO) – Get Broadcom Inc. Report was a big focus in Thursday’s after-hours session, but it was not the main focus on Friday.

But traders should swivel their attention back to the San Jose, Calif., chip giant, which is giving bulls an excellent post-earnings opportunity. The reasoning is twofold.

First, the stock broke out last Friday and hit an all-time high on Monday. As the shares continue to hover over last Friday’s high of $496.44 (from Aug. 27), we also have a weekly-up and monthly-up rotation.

With that in mind, let’s look at the chart.

Broadcom is a holding in Jim Cramer's Action Alerts PLUS member club. Want to be alerted before Jim Cramer buys or sells AVGO? Learn more now. 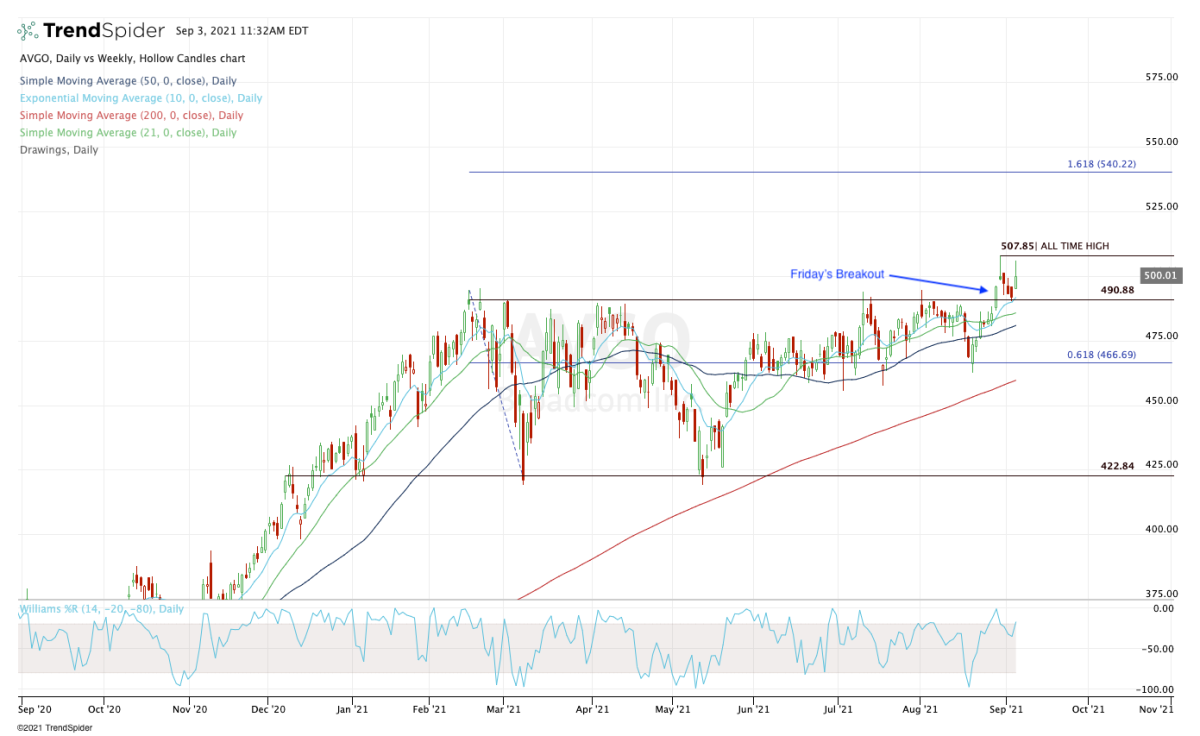 Look at the lovely breakout we had last w! eek, as shares of Broadcom finally burst through the $490 level. The stock hit new highs, then gave us a nice three-day pullback to the breakout level and the 10-day moving average.

If earnings weren’t in play, this would be a picture-perfect long trade. It would be a fat, slow pitch right down the middle to a big-time slugger.

That doesn’t mean it would pay off necessarily — the slugger could always hit the ball foul — but the risk/reward balance would be too juicy to ignore.

Unfortunately, in this scenario, the binary risk of earnings was too much.

The shares were initially flat in premarket trading and are now up only slightly on the day. As long Broadcom holds the 10-day moving average and $490 level, bulls can remain long.

Keep in mind: The stock has been consolidating for about eight months now.

A breakout is reasonable, and short of a marketwide correction, this may be one to stick with. That’s particularly true if it can go on to close at new highs.