Novavax’s (NASDAQ:NVAX) Covid-19 vaccine candidate may still be far from entering the U.S. market. But that’s not a reason to skip out on NVAX stock. Why? While it’s not one of the front-runners, this company is still not out of the running domestically.

Let’s face it, we Americans love the Royals, their foibles, scandals and even their basement-bound house staff.

So why not a Russian aristocrat who burst onto the U.S. cannabis scene with heretofore unequaled pizzaz?

Boris Jordan is the owner of the world’s larges

Shares of Robinhood have rallied 43% higher since its historic IPO last month. That doesn’t mean you should buy in now. In fact, there are three major reasons to avoid Robinhood stock now… 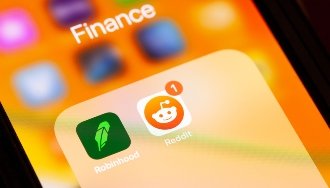 Out the gate, the stock experienced whiplash, closing its first day just below $35. Since then, it has surged 50% one day only to tumble over 25% the next. It begs the question: Will traders embrace the platform’s stock as more of a meme stock like shares of AMC and GameStop?

Since the GameStop fiasco in January, when Robinhood froze all trades for GameStop, there have been concerns about the company itself, how it will maintain customer loyalty, and what kind of sustainability it can maintain post-pandemic.

Let’s take a deeper look at Robinhood’s stock and why you should steer clear of it.

Founded in 2013, Robinhood became a household name during the pandemic. People turned to trading stocks for entertainment and moneymaking while the world was shut down.

Its streamlined app is visually appealing, extremely user friendly, and hosts trading capabilities making it easy for less experienced traders to buy and sell fractions of stocks and cryptocurrencies without paying transaction fees.

The average Robinhood user is 31 years old with an average account balance around $4,500. To put that into perspective, the largest account size at the biggest discount broker, Charles Schwab, is over $100,000.


The company’s growth the past year has been astronomic, but it’s unclear if it can sustain given most of its users were motivated by the pandemic to play around with small investments.

Monthly user growth surged from 11.7 million at the end of last year to 22.5 million today. Robinhood says this growth was because its business went viral, allowing 80% of its new accounts to join organically or through its referral program. More than half of its new users are first-time investors.

So how does HOOD make money?

While it doesn’t charge its users directly, it makes money from market makers and frequency trading firms that pay for the order flow from its retail traders. Payment for overflow accounts for 75% of the company’s revenue, though it also earned revenue from interest on securities and margins loans.


When meme stock popularity exploded, Robinhood reaped the benefits of millions making quick transactions. But experts question how sustainable that kind of market activity is.

While Robinhood stock has potential to rally after an unpredictable first week, there’s more reason to stay away from it than reason to invest.

The company offers what any young, overconfident, technologically savvy American wants: power. It puts the ball in the court of the investor with zero transaction fees and the vast market at its fingertips. It skyrocketed to popularity in a time when the market favored the investor and people started investing out of boredom during lockdown.


However, concerns about a bubble loom. It’s unclear how stocks like Robinhood would react.

On top of that, it looks as if Robinhood is approaching meme stock territory. That means volatile tendencies, as well as plenty of push and pulls from investors who don’t know how to play the market. A sharp correction or even sideways movement could limit interest in the platform when investors don’t know how to read or react to market indicators.

Like most of the company’s users, a large majority of its investors are simply trying to ride whatever wave the vast majority is on. These first-time investors hope to reap the benefits of a quick trade without the know-how.


In addition to that volatility is the unstable nature IPOs are known for. Rapid price swings after debuts aren’t uncommon. And these swings can move dramatically in the short term, but the IPO market is sensitive to overall market sentiment.

Concerns over whether Robinhood’s growth has peaked has also raised questions about its stock. Skeptics question whether it can continue to add users at its current explosive pace as the economy corrects and post-pandemic life ensues.

Monthly active mobile users reached 21.5 million in June, 90% higher than June of last year, but new user numbers have dropped 19% from its peak in May, according to Bloomberg Intelligence.


A slump in active users and market-volume growth, along with regulatory scrutiny, could hurt Robinhood’s IPO valuation by more than 25%.

Concerns over the company’s potential legal troubles are very real as well.

Fresh off a $70 million fine from the Financial Industry Regulatory Authority, the company is now facing questions from the U.S. Securities and Exchange Commissions about its flourishing cryptocurrency arm.

Many investors called out the company’s CEO, Vlad Tenev, for being a fraud when trades were suspended in the midst of the GameStop short squeeze. The move that earned Robinhood $3.4 billion and left thousands of amateur investors frustrated and distrustful of the company that touts itself as “democratizing finance for all.”


This raised questions of whether its main revenue source, payment for order flow, is in the best interest of retail investors. Order flow arrangements subsidize the commission-free trading that’s become the norm for U.S. retail brokers, but they are banned in markets like the UK and Canada over concerns the payments discourage brokers from acquiring the best trades for their customers.

If regulators were to outlaw payment for overflow, Robinhood’s revenue would be squashed to competitors like Fidelity or Charles Schwab.

In short, there are more reasons to stay away from Robinhood stock than reasons to rush into it. Maybe it needs time to breathe, and we can reevaluate it as the market corrects, but for now, your money is safer elsewhere.

Electric vehicle fast-charging network company EVgo (NASDAQ:EVGO) had a rough first full month of trading as a public company. The company went public through a merger with a special purpose acquisition company (SPAC) in early July, and shares have dropped almost 40% since then. In August alone,

Shares of AMC Entertainment Holdings (NYSE:AMC) rose on Monday after Walt Disney (NYSE:DIS) said it would release its upcoming films exclusively in theaters for the rest of this year.